The Purification of the BVM

High Mass will be offered at the Birmingham Oratory tomorrow on the Feast of the Purification of the Blessed Virgin Mary which marks its foundation as the first Oratory in the English speaking world. It will take place at 7.30pm instead of the usual 5.45pm low Mass. There will also be a low Mass at St Mary-on-the-Hill in Wednesbury at 6.30pm. Directions to both of these Masses are available in the sidebar.

The Oratory has also released its music list for February which includes the music for Candlemas: 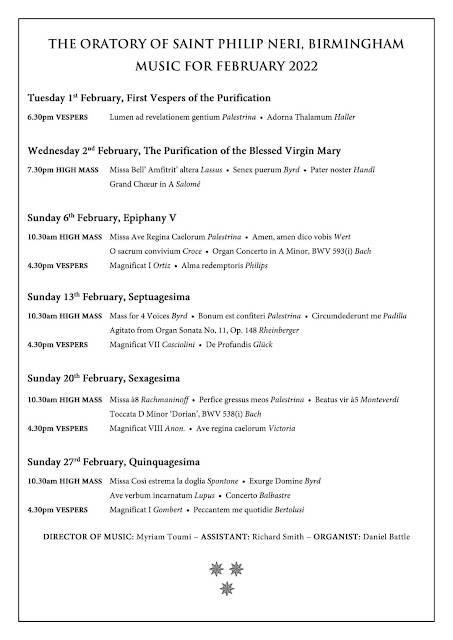