There was an extra EF Low Mass on Bank Holiday Monday this week at 9.30am before the Novus Ordo High Mass for the Feast of St Philip Neri at 11am. It was the first Novus Ordo High Mass I had attended in a while (the majority of High Masses at the Birmingham Oratory are now in the Extraordinary Form) and I must confess that for the first time I found it rather disjointed due to the way things have to be done sequentially - for example, the Canon of the Mass is spoken out loud so the Sanctus and the Agnus Dei have to be completed by the choir before the celebrant can proceed. By pure coincidence, Rorate Caeli's report on the first Traditional High Mass at Birmingham Cathedral in several decades also included a report of the first Traditional Masses held in Split, Croatia in several decades at a Church whose patron is St Philip Neri!

This Thursday is the traditional day of the Feast of the Ascension. There will be a High Mass at the Birmingham Oratory beginning at 7pm.

There will be no Friday Mass at St John Fisher in West Heath this Friday (30th May 2014). The Masses at the Oratory and Our Lady of Perpetual Succour in Wolverhampton are available as alternatives.

I believe there will be a Mass in Redditch on the coming Monday (2nd June 2014).

Looking further ahead, Fr Paul Lester has confirmed that there will be a Low Mass on the 2nd Wednesday of June (11th June) in the Maryvale chapel. Directions for all these Masses are available in the sidebar.
Posted by Louis at 18:02 0 comments

It was pretty spectacular. 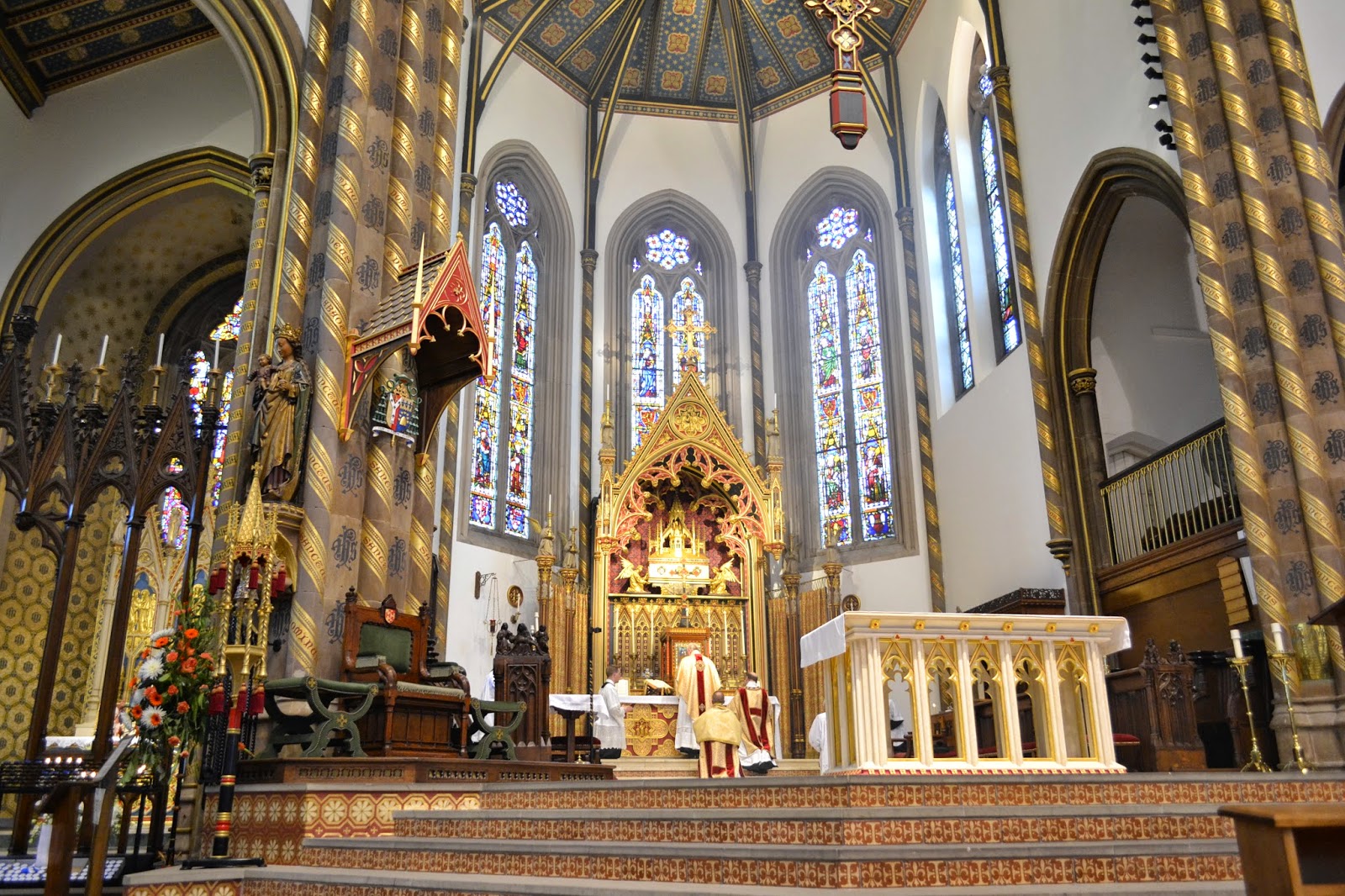 The setting was exquisite. Even though we only had two in the choir, the music was beautiful. 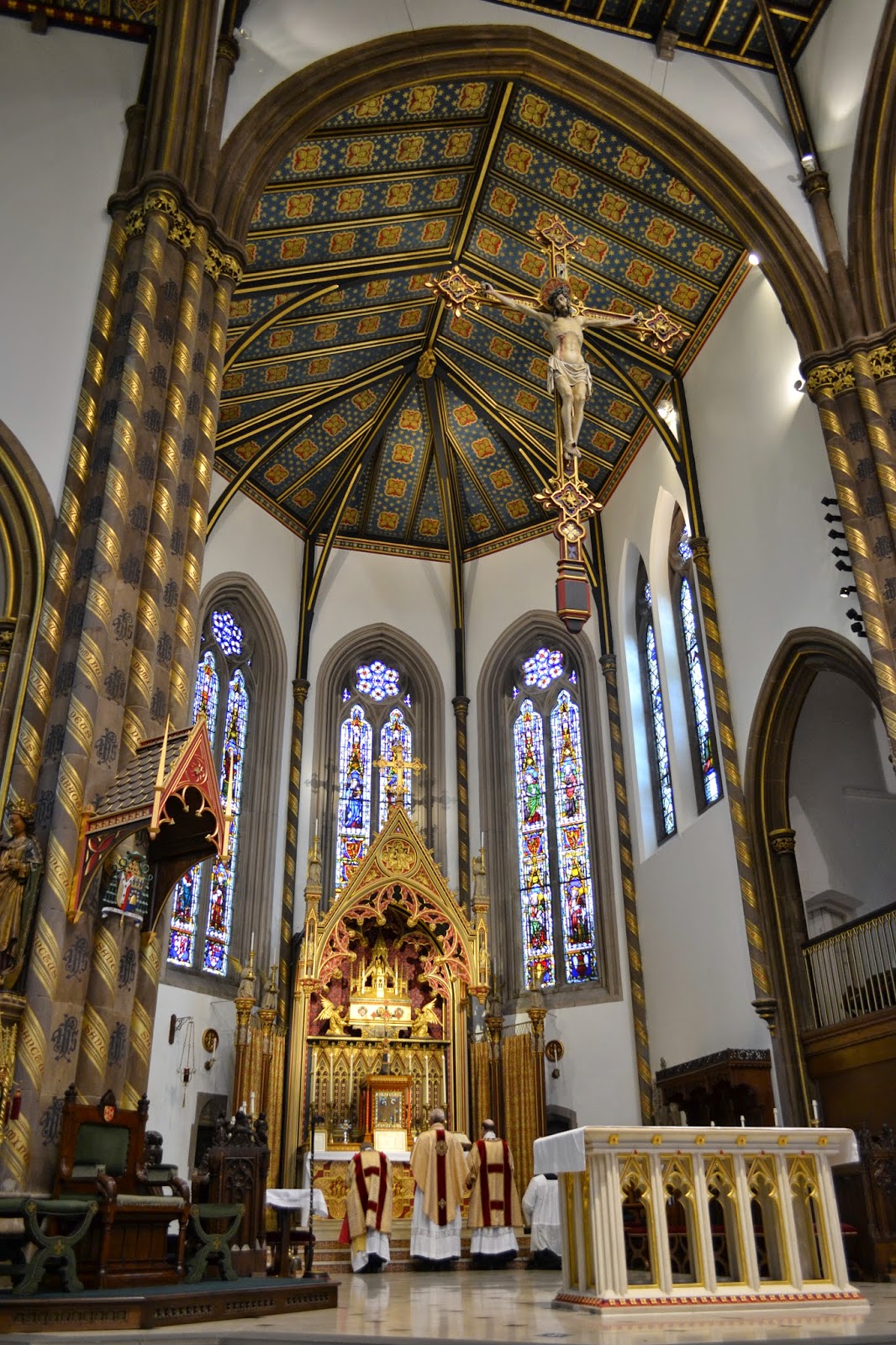 We did not have Benediction in the afternoon in the end, but had some devotions finishing with the 3 O'Clock divine mercy prayer. 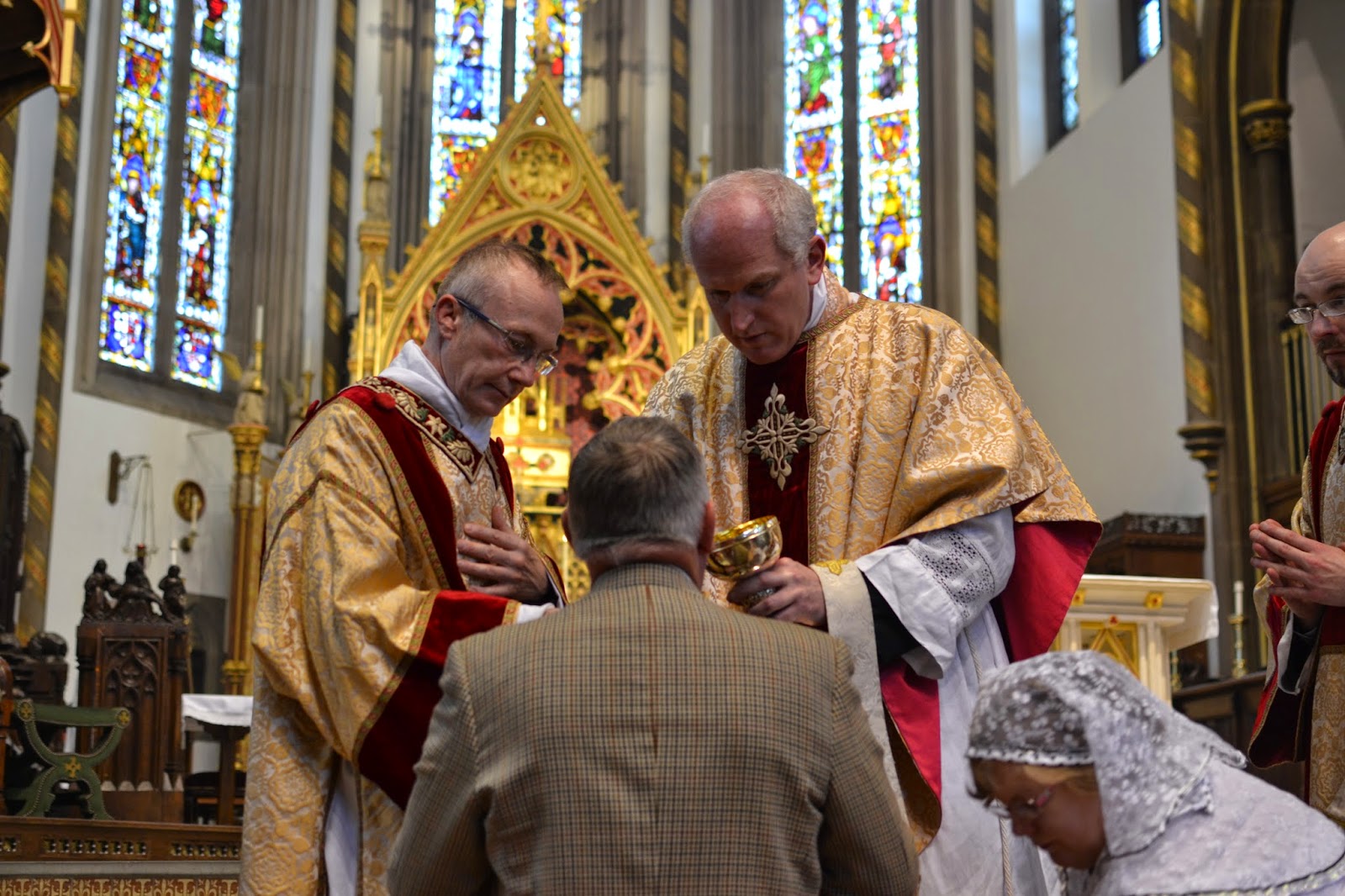 More pictures of the Mass are available here (courtesy of Matthew Doyle).

The Wrexham LMS rep Kevin Jones has written a report of his day here.
Posted by Louis at 22:25 1 comments

This Saturday (17th May 2014) the Latin Mass Society will be making a pilgrimage to St Chad's Cathedral. High Mass in the Extraordinary Form will be at noon, and there will be devotions in the afternoon finishing with Benediction at 3pm. Music will include Gregorian propers, Missa De Angelis for the ordinary, Ecce Panis Angelorum (Portuguese melody) at the offertory, Gounod O Salutaris after the elevation and Mozart Ave Verum. Bring your own lunch.

Unfortunately this clashes with the visit of Bishop Athanasius Schneider who will be leading the pilgrimage to West Grinstead in Sussex on the same day. I do hope those who are unable to go to Sussex will consider coming to St Chad's, one of only two minor basilicas in England (the other is Downside Abbey). For those interested, we will be celebrating a Class II Votive Mass: this is the nearest Saturday to the Feast of the Translation of the Relics of St Chad which takes place on the 4th Tuesday after Easter in the 1962 Calendar. We will be having a collection for the Cathedral which unsurprisingly is expensive to run - I do hope that those who are able to attend will donate generously, if possible using the gift aid envelopes that are available at the back of the church.

Unfotunately, this clashed with the Birmingham and Black Country Lenten Morning of Prayer and Recollection this year but I was lucky enough to go few years ago when Mass was held in York Minster. The success of this pilgrimage may well have played a part in Bishop Drainey inviting Fr Richard Duffield to York to set up what will hopefully be the fifth English Oratory after Birmingham, London, Oxford and Manchester.