Feast of the Purification of the Blessed Virgin Mary 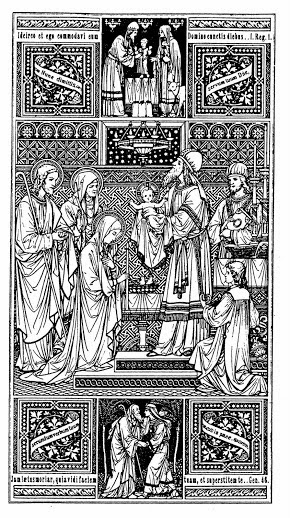 Next Monday is the traditional end of Christmastide with the Feast of the Purification of the Blessed Virgin Mary, which is also the anniversary of the founding of the Oratorian family in England. The Oratory will celebrate a High Mass in the Extraordinary Form at 7pm. There will also a first Monday Mass in Redditch at 6.30pm.

This Friday 30th January, the regular Friday Mass at the Oratory will be a Missa Cantata in honour of Blessed Sebastian Valfre C.O. of the Turin Oratory. It is also the last Friday of the month, so the monthly Solihull Mass will also be taking place at 6.30pm.

Please also note there will be no Halesowen Mass for the next two weeks.
Posted by Louis at 21:16 0 comments 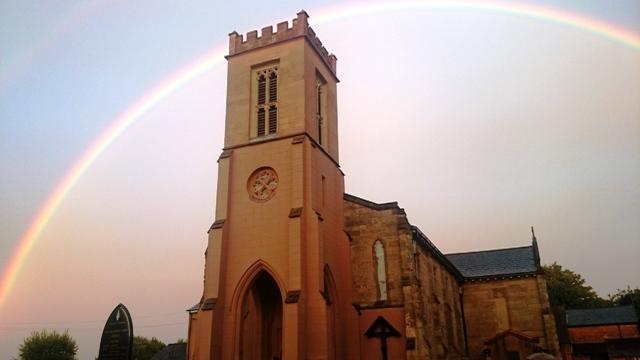 Just a reminder that the first Monday Mass in Redditch is this coming Monday. Numbers at this Mass are down partly due to the two servers leaving to become seminarians and another young member leaving for university, so your attendance would be appreciated if you have ever thought of attending. Directions are available on the parish website here.

The picture above comes from the parish Twitter feed, and was the sight that met our eyes after the consecration of the church by Archbishop Bernard Longley on 16th July last year. The caption on the image on Twitter quoted a very relevant piece of scripture: God said to Noah "I set my rainbow in the clouds, it will be a sign of the covenant between me and the earth" Gen 9:13. The Church was opened in 1848 and was originally served by the Benedictine monks of Downside and then Belmont before being taken over by the Archdiocese. The consecration of the church in this case means that the Archdiocese has officially taken charge of the church and the monks are not going to be returning.
Posted by Louis at 16:57 0 comments