The Birmingham Oratory will celebrate High Mass in the Extraordinary Form on Christmas Day at 10.30am. Directions are in the sidebar.

There will be no 5.45pm Mass at the Birmingham Oratory on Christmas Eve to accomodate the OF Vigil Mass for Christmas. There will, however, be a Low EF Mass on Bank Holiday Monday (28th December) at 9am and High Mass for the Octave of Christmas on the 1st January at 12 noon.

May I take this opportunity to wish all readers a Happy and Holy Christmas.

Please do not forget that Pontifical High Mass will be celebrated at 7pm on the Feast of the Immaculate Conception by Bishop Robert Byrne Cong. Orat.at the Birmingham Oratory. 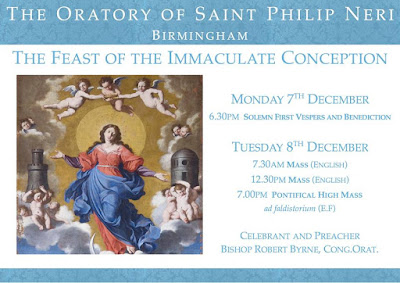 The Year of Mercy at the Birmingham Oratory

You may be aware that Pope Francis' Year of Mercy starts on the 8th December, the Feast of the Immaculate Conception. Well there is some important news with regards to this at the Birmingham Oratory. 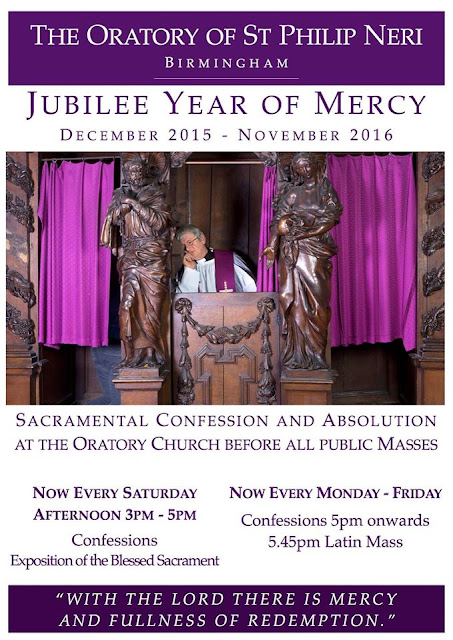 In other news, the 9.30am Mass on Saturday will move to 7.30am during Advent and celebrated as a candlelight Rorate Mass. Similarly, the Friday 5.45pm Masses will be Rorate Masses.
Posted by Louis at 17:00 0 comments