From the Our Lady of Perpetual Succour Newsletter (Cannock Road, Wolverhampton WV10 8PG):

First World War Anniversaries
28th July, 1914 – the first shots of the war were fired when between the Austro-Hungarian Empire and Serbia.
4th August, 1914 – the British Empire entered the War.
To mark this centenary, there will be a Mass of Requiem in Our Lady’s Church on Monday, 28th July, at 7 p.m.  (This Mass will be offered in the Extraordinary Form of the Roman Rite, the form used on both sides of the conflict, both in the churches and the trenches).
Posted by Louis at 20:35 0 comments

Day of Prayer for the Persecuted Christians of the Middle East 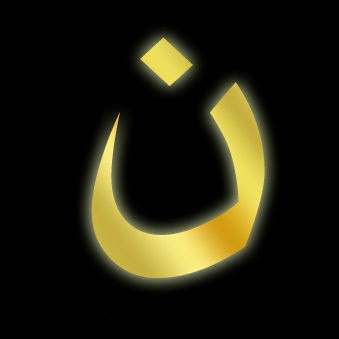 If you, like me, are concerned about the events in Mosul, where the presence of Christians my be coming to an end after 1600 years, remember that there is plenty we can do about it, not least fast, prayer and sacrifice. Dr Joseph Shaw has provided some useful prayers in Latin on his blog which I reproduce here:


Graciously hear the prayers of Thy Church, we beseech Thee, O Lord: that her enemies and all heresies be brought to nought, and that she may serve Thee in perfect security and freedom. Through Christ our Lord. Amen.

That Thou wouldst vouchsafe to bring low the enemies of holy Church, we beseech Thee to hear us.

Almighty, everlasting God, look with compassion on all those who suffer persecution for justice’ sake.
Grant them grace to carry their cross with patience in the name of Thy beloved Son, our Lord and Saviour Jesus Christ.
Let the chalice pass from them is such by Thy holy Will: yet, in all things, may Thy Will be done.
Grant to those who persecute, light to see the truth, and the grace of mercy and forgiveness, for they know not what they do.
Mary, Mother of Jesus, Comfort of the Afflicted, help thy children in their time of bitter trial.

O Lord our God, by the sign of Thy holy cross deliver us from our enemies.


O God, our refuge and our strength, look down in mercy on thy people who cry to thee; and by the intercession of the glorious and immaculate Virgin Mary, Mother of God, of St Joseph her spouse, of thy blessed apostles Peter and Paul, and of all the saints, in mercy and goodness hear our prayers for the conversion of sinners, and for the liberty and exaltation of our holy Mother the Church. Through the same Christ our Lord.
R: Amen.
Deus, refúgium nostrum et virtus, pópulum ad te clamántem propítius réspice; et intercedénte gloriósa et immaculáta Virgine Dei Genetríce María, cum beáto Ioseph, eius Sponso, ac beátis Apóstolis tuis Petro et Paulo, et ómnibus Sanctis, quas pro conversióne peccatórum, pro libertáte et exaltatióne sanctæ Matris Ecclésiæ, preces effúndimus, miséricors et benígnus exáudi. Per eúndem Christum Dóminum nostrum.
R: Amen.


Prayer to Our Lady Help of Christians.

Virgin most powerful, loving helper of the Christian people, how great thanks do we not owe thee for the assistance thou didst give our fathers, who, when they were threatened by the Turkish infidels, invoked thy maternal help by the devout recitation of thy Rosary! From heaven thou didst see their deadly peril; thou didst hear their voices imploring thy compassion; and their humble prayers, enjoined by the great Pope, Saint Pius the Fifth, were acceptable unto thee, and thou camest quickly to deliver them. Grant, dear Mother, that in like manner the prolonged sighs of the holy Bride of Christ in these our days may come to thy throne and engage thy pity; do thou, moved anew to compassion for her, rise once again to deliver her from the many foes who encompass her on every side.

Even now from the four quarters of the earth there arises to thy throne that lovéd prayer, to win thy mercy in these troublous times even as of old. Unhappily our sins hinder, or at least retard, its effect. Wherefore, dear Mother, obtain for us true sorrow for our sins and a firm resolution to face death itself rather than return to our former iniquities; we are sore distressed that, through our fault, thy help, of which we stand in such extreme need, should be denied or come too late.

Rise, then, O Mary, incline thyself to hear the prayers of the whole Catholic world, and beat flat to the ground the pride of those wretched men, who in their insolence blaspheme Almighty God and would destroy His Church, against which, according to the infallible words of Christ, the gates of hell shall never prevail. Let it be seen once more that when thou dost arise to protect the Church, her victory is sure. Amen.


The FSSP have called for the 1st August, the Feast of St Peter in Chains, to be a day of prayer and supplication for the persecuted Christians of the Middle East. Perhaps you could spend an hour in adoration or attend Holy Mass on that day. If you are unable to persuade your parish priest to hold a special event, perhaps you could attend one of the following: Our Lady of Perpetual Succour in Wolverhampton has Adoration and Benediction at 5.30pm followed by Mass at 6.30pm. There are also EF Masses at the Oratory and St John Fisher at 6pm and 6.30pm in addition to the numerous Ordinary Form Masses available throughout the region on Friday. St Dunstan's in Kings Heath and St Francis in Handsworth have adoration between 8am and 10pm when Mass is not being celebrated. Please feel free to add events in the region to the comments whatever your theological Catholic bent.
Posted by Louis at 23:13 2 comments

The following was filmed during the World Cup. Is traditionalism having its effect on football?

Fr George Grynowski will be offering Solemn High Mass for the great Feast of St John Fisher & St Thomas More; the Patron of his West Heath parish. Please make every effort to support this event!

Fr George Grynowski would like to welcome everyone to a Solemn High Mass in the Extraordinary Use of the Roman Rite at his Parish Church in West Heath, South Birmingham, for its Patronal feast (which differs in the old calender and therefore gives his parishioners the chance to celebrate it twice! 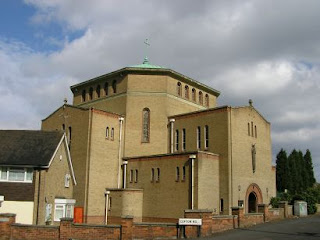 This may indeed be the last chance to attend a High Mass at St John Fisher because Fr George will be moving on from his role as parish priest here in the Autumn so do make every effort to support this Mass, which is currently the only High Mass in the region to take place in a regular parish church. There will also be a Low Mass celebrated by Fr Paul Lester at the Maryvale Institute chapel on the same night at 7pm if you live in the north of the city; this is a Mass which may not continue after August so please support it if you are wish to see the Mass continue to be celebrated in this location.