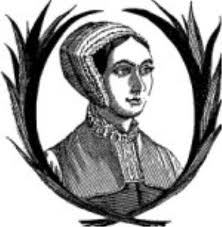 NATIONAL PILGRIMAGE IN HONOUR OF

TO BE FOLLOWED BY PROCESSION AND BENEDICTION AT 4.00P.M. 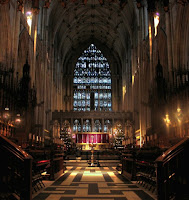 This is a rare opportunity; a Catholic Latin Mass from the High Altar of York Minster, an ancient Church dating from the 13th Century, and showing signs of Christian Worship on the site from even earlier. I am arranging a contingent from our region, which will include arrival for about 11am, allowing time before the Mass to have lunch and a look around the city. Following Mass I am also arranging a guided tour around the Minster. The day will end after a Procession to the Bar Convent for Benediction and veneration of St Margaret Clitherow's relics.

I am arranging a coach which will depart from our region in three locations: 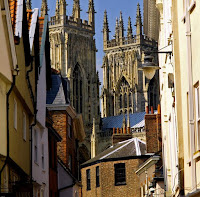 Cost will be £15 per seat (usually twice this price)
I will be offering child discounts for families of three children and over. Infants on laps (0-2) will be free.

I will publish further details as I finalise them. In the meantime, get in touch to reserve a seat! There is a lot of interest so be quick!
Posted by Unknown at 19:30

I hope the coach is full!